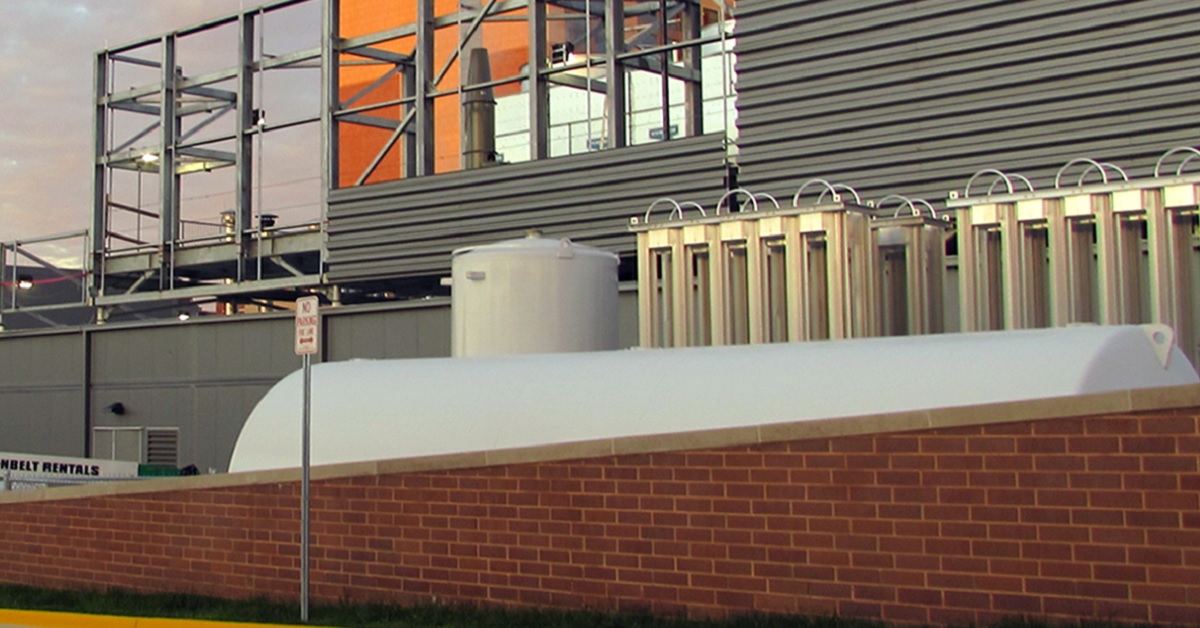 The University of Maryland Capital Region Medical Center opens its doors next month to provide health and medical services to Prince Georges County, a suburb of Washington, D.C. An earlier-than-originally-anticipated opening was made possible by a time-saving approach to construction of the central utility plant.

The new 11-story, 600,000-square-foot hospital, originally called the Prince George’s Regional Medical Center, features a pre-manufactured central utility plant that was instrumental in the hospital opening sooner than what would have otherwise been possible.

Leach Wallace, a WSP company, provided the University of Maryland Medical System project with mechanical-electrical-plumbing (MEP), fire protection, electrical/lighting and fire alarm design for the project, which is set for completion in November. The building, designed by Wilmot Sanz Architects, will open to patients by spring 2021.

“This facility will serve a lower income community and will provide state-of-the-art, modern healthcare in an area that deeply needs it,” said Michael Lamdin, WSP USA project manager. “This project is by far the largest – and the MEP systems the most complex – that I have had the chance to work on as project manager.”

Design began in late 2014 and construction for the $285 million project began in October 2017. The central utility plant, which provides heating, cooling, electricity and other utility services to maintain a comfortable environment for the patients, faculty and staff at the medical center, was installed during the summer of 2019.

The plant is now operational but due to COVID-19 concerns, the public opening of the medical center has been delayed until spring 2021. The medical facility was designed to meet U.S. Green Building Council requirements for LEED Silver certification.

The $30.5 million central utility plant was originally slated for traditional stick-built construction. However, the State of Maryland considers stick-built mechanical space as part of the overall building area, which posed a problem with design that would limit medical space in the building. It was a problem the design team determined could be avoided with a pre-fabricated approach to the plant that sits adjacent to the main hospital building and is connected by a corridor on the lowest level.

“By using a pre-fabricated, modular building, the square footage of the central utility plant did not count towards the overall allowable hospital area and allowed for more patient space,” Lamdin said. “It also allowed the plant to be fabricated quicker and installed in time to use its systems for heating and cooling during the final stages of construction, saving the need for temporary systems.”

While the pre-fabricated central utility plant was determined to be “cost neutral” in comparison to a stick-built plant, the time saved by using a modular design ensured that the University would be able to open its doors earlier than originally anticipated.

While the system is designed for non-stop operation, control logic was provided for the system to receive real-time utility rates and operate the engine only when beneficial to the owner.

The central utility plant and the main mechanical systems were designed with energy efficiency in mind. The CHP generator allows the facility to generate a portion of its own power using natural gas while also producing the base heating load as a by-product of the engine heat dissipation.

In addition, the chilled water plant includes four sets of 550-ton chillers in a counterflow configuration, with one set designated the winter chilled water plant, provided with closed-cell fluid coolers and glycol to allow for winter operation. The other three sets create the summer plant. “The control intent is to operate multiple pairs of chillers to meet the load, which allows the chillers to operate at a very high efficiency,” Lamdin said.

Heat recovered from the CHP will be used as the primary source of heating for the hospital and will be supplemented by the heating hot water plant as required to meet the load. Excess heat will be dissipated via heat exchangers connected to the condenser water system.

The storm water from the main hospital is being collected, treated on site and re-used for cooling tower make-up water.

Continuous collaboration and communication was also critical to the project’s success. The owner, central utility plant manufacturer, design team, general contractor and subcontractors had to work very closely together to make the pre-fab, modular approach work.

As the facility prepares to open, not only is the owner is pleased with the result, but the central utility plant design is already serving as an example of an approach that can accelerate construction of medical facilities without impacting cost or quality.

“We have already used this project and the pre-fab approach as an example of how to efficiently streamline the construction process to save time and possibly cost,” Lamdin said.